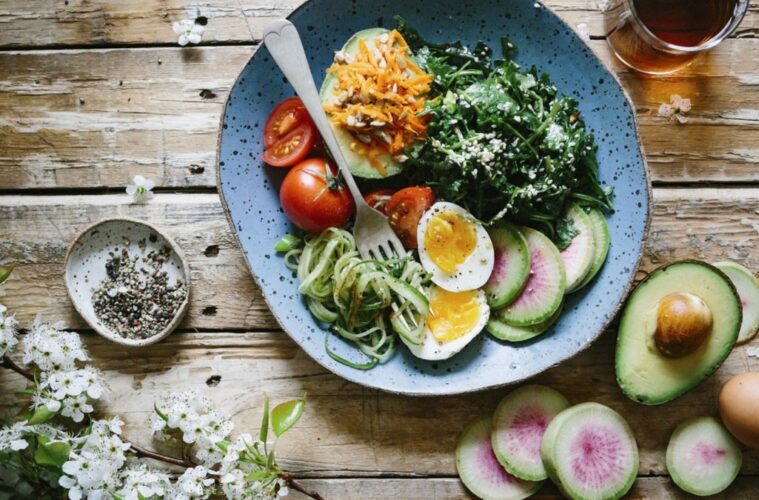 Salads You Must Try

Salads are becoming more popular! Salads are now essential for main dishes and are no longer merely a side or afterthought. This trend is being fueled by a newfound appreciation for veggies, the popularity of healthful foods, and the flavor, color, and inventiveness they add to menus. Salads aren’t simply for people who are dieting. They can also be consumed as a full meal. Furthermore, not all salads are bland and tasteless. Global salads deserve attention since they are more than just iceberg lettuce and tomatoes in a bowl.

There have been continuous innovations in salad recipes too and various restaurants are providing different options for you to select from. As it becomes quite tricky to make a sensible choice so we have made a list of salads that you must try. So let’s have a look below and must read it till the end.

Caprese salad is one of the best options you can opt for if you are looking for some delicious salad. It has mozzarella, tomatoes, and sweet basil; moreover, it is an Italian salad. The salad’s predominant hues are green, white, and red all those which are present in the Italian flag. The salad gets its name from the island of Capri where it first appeared. Contrary to popular perception, the original Caprese salad recipe does not also call for balsamic or any other type of vinegar. Let’s give it a try and make your orders for your favorite salads at amazingly reduced rates with Pizza Hut promotional code.

The salad was invented in the 1860s by Lucien Olivier, a chef at the legendary L’Hermitage restaurant in Moscow. The recipe was maintained a secret by Olivier until his death, but it is believed that a staff member stole it. Previously known as mayonnaise game bird, Olivier salad is a gourmet dish created with premium ingredients such as black caviar, capers, duck, and crayfish. Diced potatoes, tomatoes, bacon, chicken, or ham are required components. One of the most well-liked appetizers at Russian New Year’s banquets is this dish.

The national cuisine of Lebanon is tabbouleh, which is cooked with bulgur wheat, chopped parsley leaves, olive oil, onions, tomatoes, and fresh mint. This developed from the tabbouleh that Arabs cooked with edible herbs in the highlands of Lebanon and Syria. Tabbouleh is nutritious due to its calming flavors and the bulgur wheat, which provides a great source of calcium and fiber. Because tabbouleh is so well-known, it also has a day that is observed annually on the first Saturday in July.

Pita bread is used to make the salad known as fattoush. Pita bread is torched, grilled, or fried after being broken up into little pieces. Then, other vegetables are added to this. Sumac, a spice that is popular in the Levantine region, serves as the salad’s major component. In Lebanon, Syria, Israel, Palestine, Jordan, and Iraq, it ranks among the salads that are most commonly consumed. The salad is part of a group of foods known as fattat, whose main component is stale pita or any other flatbread.