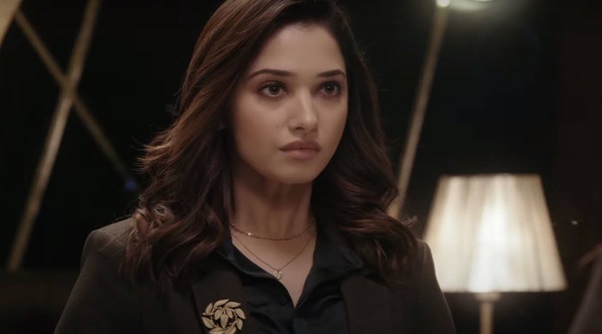 Today the market is quite unpredictable and uncertain. In recent months, we have seen multiple ups and downs in the global market. It is all about risk and strategy of understanding and reading the steps of the market. In the digital world, everything has shifted to the internet. From shopping to groceries, everything is available on the internet. Even education and business had also opted for digital ways. Since the medium of living became digital, It was undeniable for the entertainment industry to shift to digital platforms. During the pandemic, we all got trapped inside our homes. Wishing for a miracle to happen, we all are fighting against the global virus. You can check Telugu webseries on aha.

Here is a review on a popular web original streaming on the Aha, 11th hour:

11th hour is a suspense thriller starring versatile actress Tamannnah. She is a businesswoman, a single mom, and a caring daughter. In the story, she is the owner of a multinational company, The Aditya Group of Industries. Her company faces a serious problem to tackle. The Imperial Bank of India suddenly demanded them to pay back the 9 thousand crore rupees loan they took before 8 Am the next day. Tamannah plays the role of Avantrika and gets confused and gets surrounded by barking dogs. Her ex-husband tries to manipulate her and sell the company but she declines. Similarly, multiple people persuaded her to sell the company proposing huge offers worth millions. Avantrika is quite confused and disturbed by the current situation. She stills denied all the offers proposed. Now, what would Avantrika do? Does she have better plans to overcome this situation? Can she pay back the loan before time?

Tamannah had justified her role as Avantrika in the web series. Due to her tremendous performance, the story gets a spicy touch. Her expressions and artistic abilities had given pace to the bland story. If you are a fan of a suspense thriller or Tamannah, visit the Aha. The Aha offers an opportunity to young talents. For showing their skills earning a name in the cinematic industry. The Aha is the only Telugu OTT platform streaming online. The prime focus of the Aha is raising the amplitude of Telugu cinema. The aha revives the depleting South Indian culture and tradition with the initiative taken by it. Multiple Bollywood movies are remake versions of Telugu blockbusters and hits.

So, we should promote the Telugu cinema industry for producing original content and drama.